The Teeger that Cam for his Tea is a Scots version of the picture-book classic,
The Tiger Who Came to Tea by Judith Kerr, which celebrates its 50th anniversary in 2018. 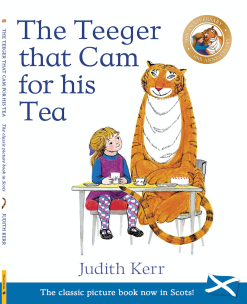 There wis aince a wee lassie cried Sophie,
an ae day she wis takkin her tea in the kitchen
wi her mum.
On a sudden there wis a chap at the door.
“Weel, wha can that be, I wunner?” said Sophie’s mum. 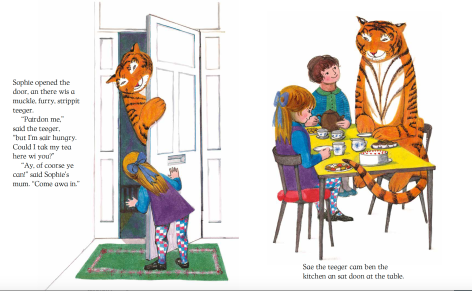